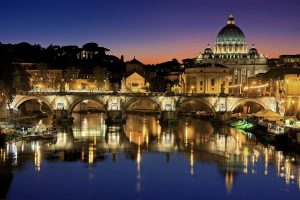 Roman Holiday has to be one of the most beloved and enjoyable classic films of all time. Who can resist its charms?

A recent trip to Rome, oddly quiet this past atypical pandemic summer, reminded us of the authentic and pre-tourist Rome depicted in the iconic 1953 film Roman Holiday. Starring Audrey Hepburn and Gregory Peck, the witty and charming story leads us through the quintessential sights to see in the Eternal City. This was the film that helped place Rome on the map for modern mass tourism in the years to follow.

Here’s a tour of some of those film locations as they appear today in the emptier city:

This is where Princess Ann (Hepburn) enjoys a gelato with Joe (Peck). Pleasantly bustling in the 1950s, today it is nearly deserted whereas a typical July day would have hundreds of people lounging and walking along the iconic steps. It is one of the most visited sites in Rome. 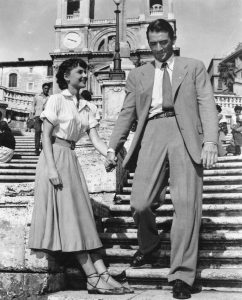 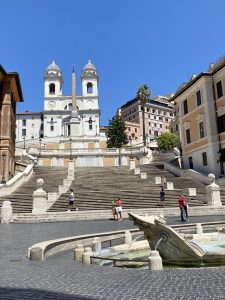 Ann falls asleep on a wall in the ancient Roman Forum, then chats with Joe before a taxi picks them up, driving inside the Forum. Cars have not been allowed inside the Forum for decades! The scene takes place in front of the imposing Arch of Septimius Severus, seen here in our modern photo also in a deserted Forum. Usually there are hundreds of visitors walking along those streets. 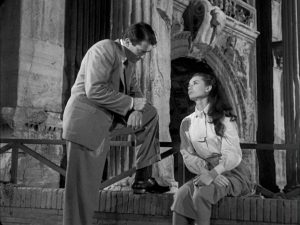 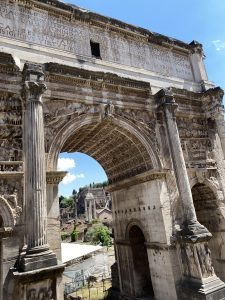 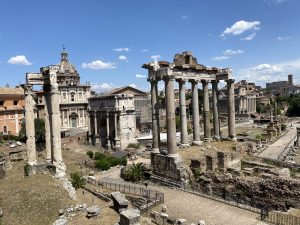 Here the couple is happily touring the Colosseum back when it was empty and people could sit along the interior walls. While quiet again now, last year 7.5 million visitors entered the attraction that was built in the 1st century AD – we have never seen it this empty! 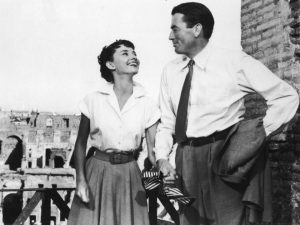 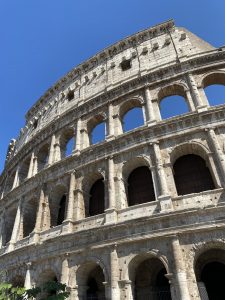 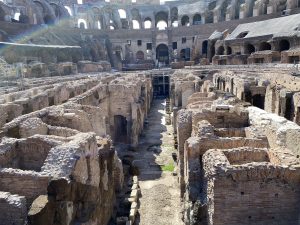 Ann fulfills her dream of sitting at a sidewalk cafe here in the film at G. Rocca Cafe next to the Pantheon, an ancient Roman monument dating to the 2nd century AD. She sips champagne for breakfast and sports her new fashionable hairdo. At the corner of Via della Rotonda, the cafe has now turned into a fashion shop. The Pantheon on the other hand stands proudly as it has for 2,000 years!  Peek inside for a sublime surprise. This is one of our favorite places in Rome. 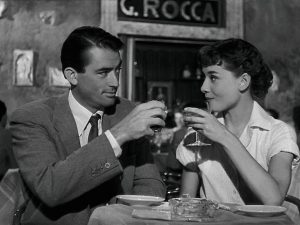 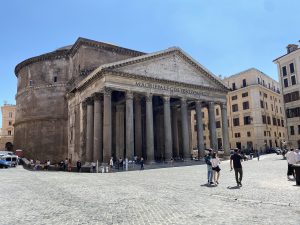 You can find other excellent cafes in the streets next to the Pantheon, like Sant’Eustachio il Caffè (Piazza di Sant’Eustachio 82)  and Tazza d’Oro (Via degli Orfani, 84), both renowned for serving the city’s best coffee.

If you have a few hours to spare, consider watching Roman Holiday with fresh eyes for an entertaining romp through the Eternal City. This was Hepburn’s first American film, for which she won Best Actress at the 1954 Academy Awards for her efforts, later reaching legendary stardom with culminating films.

We located a free, high quality version of the film at this link: