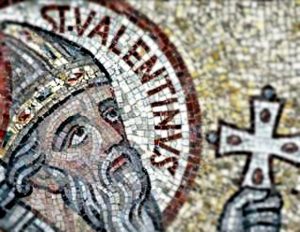 As another Valentine’s day rolls around we contemplate the history behind this lover’s holiday. Did you know Valentine was an Italian saint?…but it’s complicated. Turns out there are several legends related to different versions of Saint Valentines, the most popular being the priest or bishop Valentinus who was born in Terni, an important town in Umbria, in 226 AD and died in Rome on February 14, 269 AD. 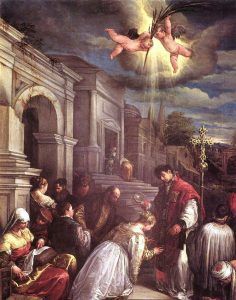 Valentinus ministered to persecuted Christians before Christianity was legalized. Legend tells us that he restored the sight of the blind daughter of a judge in Rome, thus freeing many arrested Christian inmates, before being arrested himself. The Emperor Claudius Gothicus condemned him to death for his faith, whereupon Valentinus was executed on the Via Flaminia outside Rome on February 14, 269, the date of his feast day. 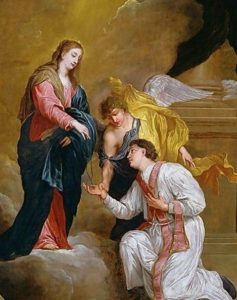 One version of the story tells us that before his execution Saint Valentine wrote a note to the daughter of the judge he had cured by miracle, signing it “from your Valentine” and helping to inspire today’s romantic theme of the holiday.  Another version has him secretly marrying Christian couples and giving them hearts cut from parchment as a sign of their love – a forerunner to the modern valentine note.  In some versions he gives them roses, which we still associate with love and romance today.

The Feast of Saint Valentine was established by Pope Gelasius I in 496 AD to be celebrated on February 14 in honor of the Christian martyr. The day became associated with romantic love in the 14th and 15th centuries when stories of courtly love were popular, likely associated with the “lovebirds” mating of early spring. 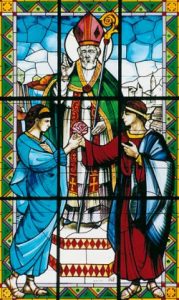 The saint’s relics are scattered across the world, but an important one – his head (he was beheaded at execution) – is located in the ancient church of Santa Maria in Cosmedin in the center of Rome. 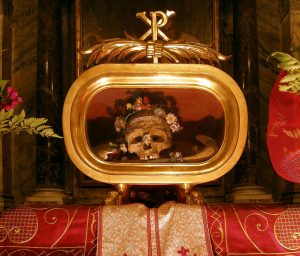 This church is also famous for the Bocca della Verita’ or Mouth of Truth located in the front portico – an ancient Roman sculpture relief thought to be a drain cover, in the shape of a head with an open mouth.

Legend states that those who place their hand inside the mouth and tell a lie will lose the hand. You may remember this from the famous scene in the film Roman Holiday with Audrey Hepburn and Gregory Peck.

FEAST OF LOVERS IN TERNI

Saint Valentine is also venerated as patron saint in Terni, a town in Umbria just an hour outside Rome, where he was believed to have been born and where his remains were discovered. Just outside the town is Basilica di San Valentino, dedicated to the saint, built on the ancient Christian cemetery where he was buried. Each year on February 14 in Terni it’s a bank holiday with a big celebration of their patron saint including a fair and various events in the days around it. The Sunday before the 14th, couples planning to get married that year can exchange their wedding vows in front of the urn of Saint Valentine and receive a blessing from the bishop in the so-called Feast of the Promise, and there is a special mass for couples celebrating their silver or golden anniversary. The basilica can also be visited and love messages are left in Saint Valentine’s well. 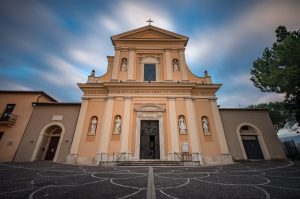 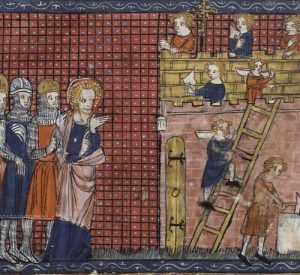